Keep up to date with
Chris Santos
Chris
Santos
Back 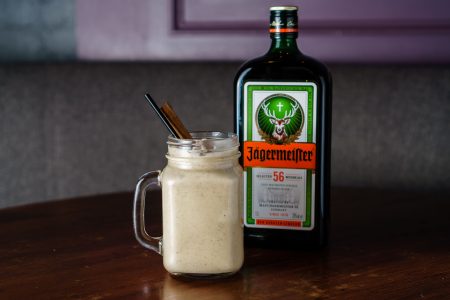 In a bowl – whisk egg yolks and half the sugar until pale yellow and thick.

In a pot bring milk, cinnamon, nutmeg, orange zest and salt to simmer.

Pour the yolk and milk mixture back into the pot and cook over medium heat stirring constantly, until mixture is thick enough to coat the back of the spoon. Pour through fine mesh strainer in a large bowl. Let cool and chill overnight

Remove from heat and with mixer on high, beat until stiff peaks, fold into eggnog and serve – garnish with cinnamon whip cream and cinnamon stick.

Whip heavy cream, cinnamon and sugar in mixer until stiff.